New solutions from #VMware enables organizations to build, run and deliver any application 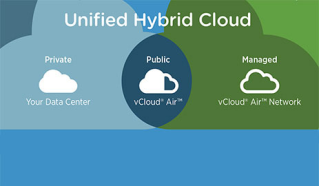 Just a reminder for people not to create volumes with a 4K sector size with vSphere or VSAN, allot of the newer firmware revisions are now allowing 4K sector sizes for example Dell EqualLogic.

See the below screenshot as an example although the 512byte sector size is the default the adventurous or hungover IT admin amongst us may end up going with the 4K option without considering the consequences. 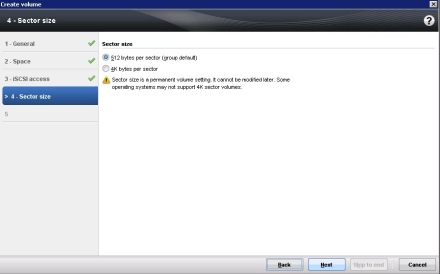 VMware have made their support statement quite clear on this over the last few months but I thought I would repost this for the benefit of others who might not of seen this KB.

What are 4K Native and 512e drives?
Industry standard disk drives have been using a native 512 bytes sector size. However, due to the increasing demand for larger capacities, the storage industry introduced new advanced formats, which are 512-byte emulation (512e) and 4KB Native (4Kn).

No. 4K Native drives are not supported in current GA releases of vSphere and VSAN.

No. 512e drives are not supported with the current versions of vSphere and VSAN due to potential performance issues when using these drives.